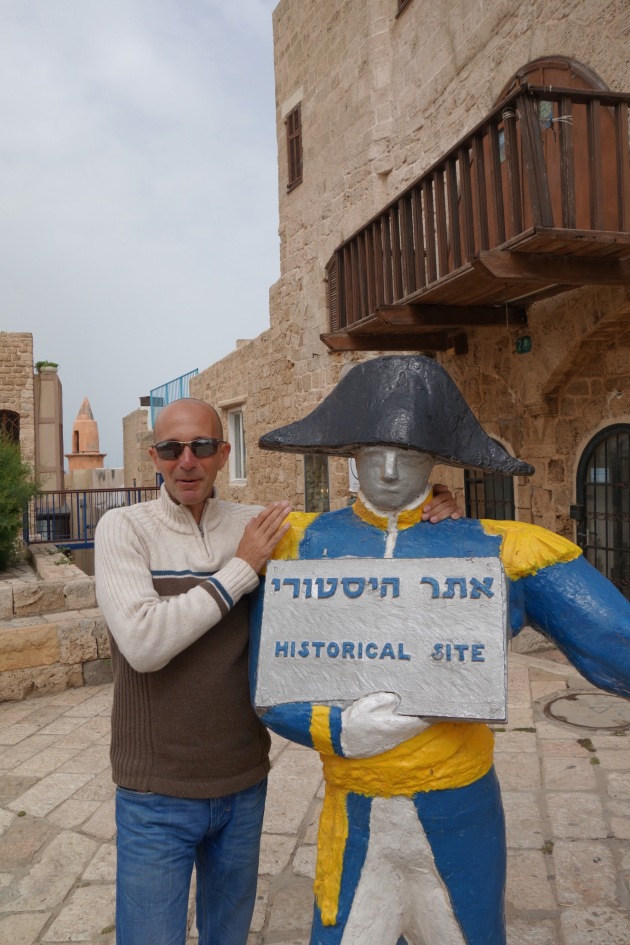 Today we begin our adventures with Ari Ram, historian, guide and driver.  That short introduction does not do him justice.  He’s lived in Switzerland and Italy, as well of course as Israel and does rode biking  (looks like it).  He has a calm nature and is a store of knowledge.

We began our day walking around Jaffa.  It was the beginning of the day and quite. 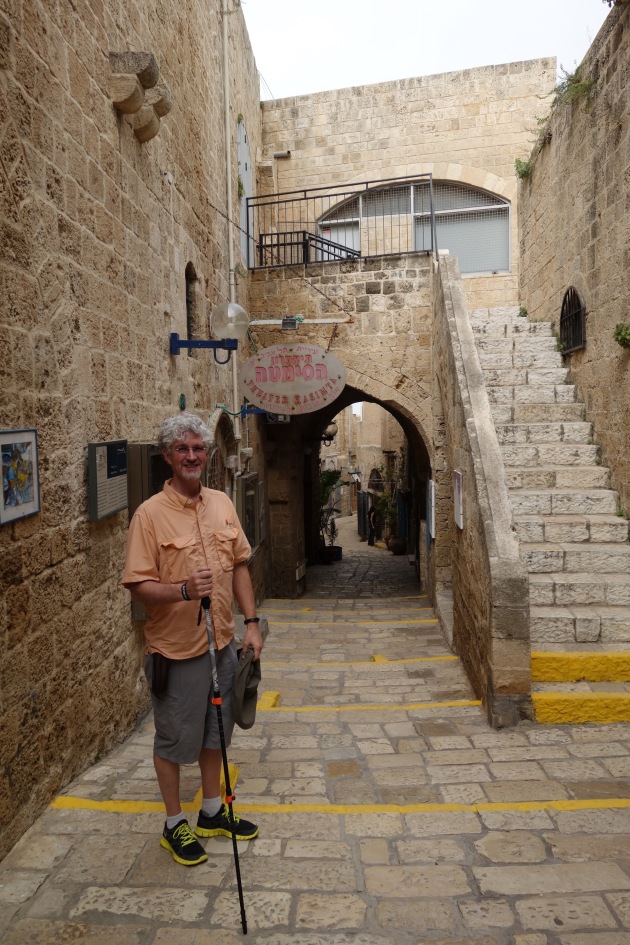 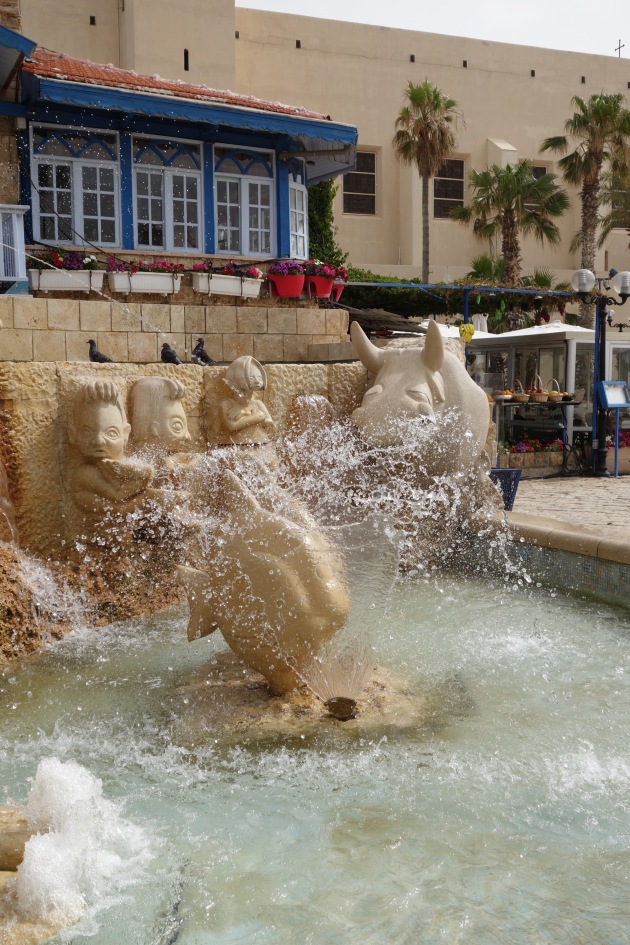 I loved the energy there and quite the contrast to the modern parts of Tel Aviv we have been enjoying.

Our first street was marked with the symbol for pieces, my astrological sign.

We learned about the good side of Napolean and his proclamation freeing all slaves and giving religious freedom.  Who knew?

We learned that the modern Hebrew language took 25 years to create because of course Biblical Hebrew was unusable in a modern society.

While touring Jaffa the siren marking the Holocaust Memorial went off, the church bell rang everyone stopped and we stood in silence. I closed my eyes and prayed for all those lost and for Israel and the Middle East.

Then we moved on.

Our next stop was the Avalon Institute Museum on Kibbutzim Hill in Rehovot, a Tel Aviv suburb.  Only a few people here in Israel know about this place and it’s a must see.  This is where the Hagannah (the Jewish militia that preceded the modern Israeli Defense Force a/k/a the “IDF”).  created & hid an underground bullet factory beneath a Kibbutz (a communal farm) within very close proximity to a British military base in the three years just before Israeli Independence.  It’s hard to believe that they were never caught! 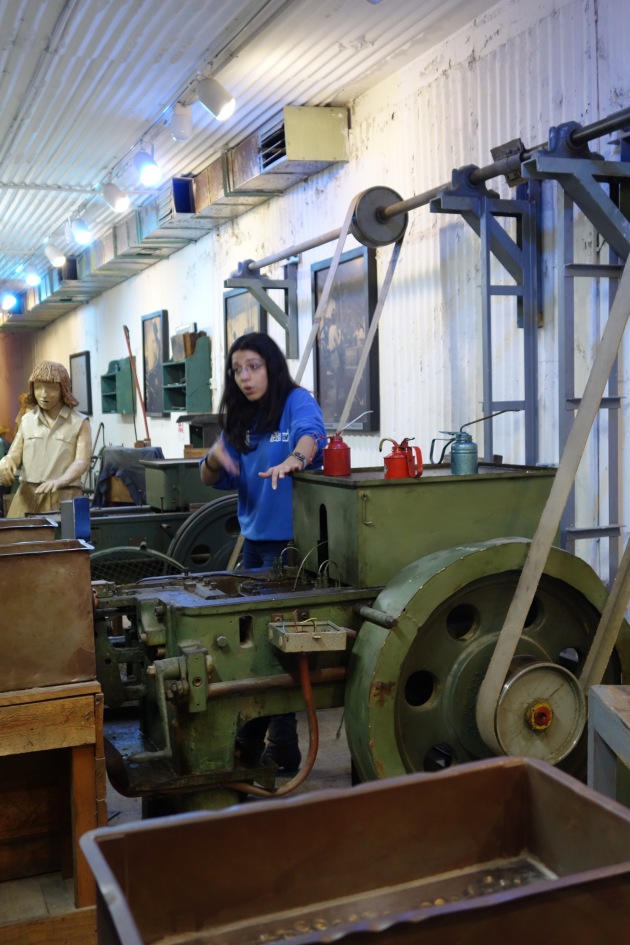 Under the cover of a commercial laundry operation and bakery, buried deep underground, 45 young adults manufactured over 2 million bullets without being discovered.  The creation, production and deception needed for this project  was nothing short of remarkable.

stairway under the laundry machine leading to the underground factory

From there we headed back to Jaffa for lunch and then walked through the history of Tel Aviv from the little towns built on sand dunes beginning in 1881, then 1883, then 1901.  In 1933, before the Holocaust and the state of Israel was created, over 500,000 Jews in 100 small communities and 50 Kibbutz already lived here.

We walked around the city and did some architectural study of the original “Bauhaus” style homes and buildings.  They are utilitarian, with one small balcony for each apartment, but the city is making an effort to preserve the best .

the stages of the city from small towns to sky scrapers

After finding the local laundry – only $15 to wash a big bag, washed and delivered back to our hotel on Friday, we chilled a bit to watch the sunset.  We called an Uber to take us near Jaffa for an evening stroll and a meal with the locals in the flea market.

At 9:30 it was time for us to call it a night.  But clearly that’s when things were really getting going. 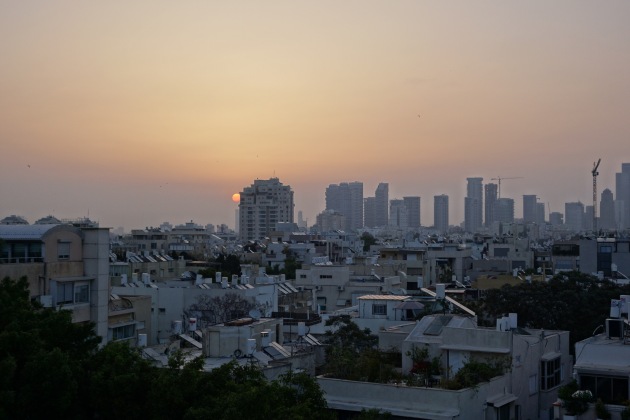 Today we woke to a beautiful sunrise and began our day with a trip to the Palmach/IDF museum.  Because it was early it wasn’t crowded.  The museum uses a series of sets and video vignettes describing the history through the eyes of the second company individuals.  It’s very unusual and very well done.  It’s also very powerful.  Knowing the history is different intellectually than seeing it “live”.

Jim said he was completely disappointed in the British.  Abstaining on the Israeli statehood vote in the UN was cowardly and wrong.  Appeasing the Arab leaders who had openly sided with Hitler was ridiculous.  Not lifting the ban on immigration to Israel for the survivors of the Holocaust was utterly disgusting.

Of course, the world was war weary.  Doesn’t that sound familiar.  And let the “distraction” of  state of Israel go forward without . But,it is truly a miracle that Israel survived their independence war fighting with very few guns against tanks from 5 countries.

We got to meet one of the veterans of that war.

His arm crippled by he volunteers in the photo gallery and tells his story.  Powerful!

The rest of the day was spent going from the independence hall museum, to the crowded craft fair and food market.  Not really Jim’s cup of tea.  Next time I will leave Jim and Ari to play chess and chill while I shop.  It’s just not fun to,shop with 2 uninterested men.

We ended our tour with a drive out to the large new marina north of town.  It was delightful.

Jim took a break and I went for a wonderful run and outdoor workout along the promenade. The people, scenery and sea air was perfect.  The waterfront area and Old Jaffa are definitely the jewels of Tel Aviv for us. 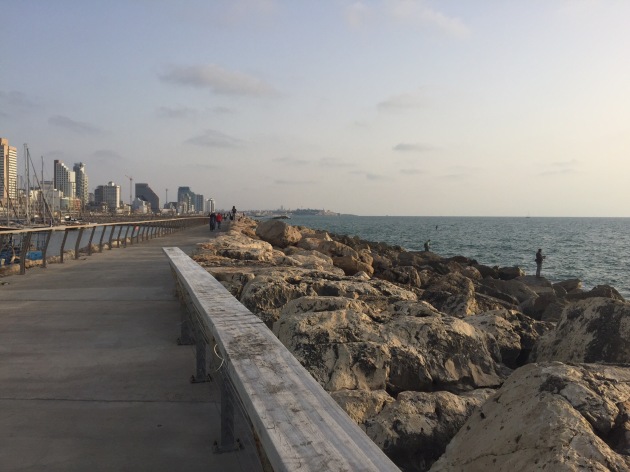 Tonight is the Sabbath,   Although many places are closed, many restaurants are open.  We walked for a light local meal.  Sort of a northern-African, Asian-fusion, tapas combo.  Yummy.